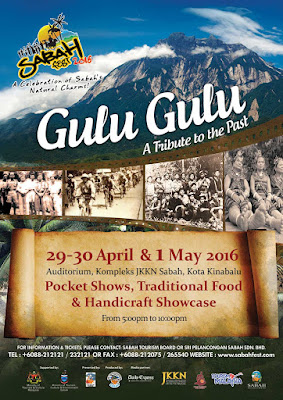 KOTA KINABALU: The cultural extravaganza, “Gulu Gulu — A Tribute to the Past”, was launched by Chief Minister Datuk Seri Musa Haji Aman on Friday.

The musical, featuring more than 100 performers from Ranau, Penampang, Sandakan and Semporna, is taking place at the Kompleks Jabatan Kebudayaan dan Kesenian Negeri Sabah (JKKNS) until May 1.

Based on historical facts focusing on Mat Salleh, Sabah’s legendary hero whose death remained a mystery until today.

Also present on the first day of the musical were the Chief Minister’s wife, Datin Seri Faridah Tussin as well as Sabah Tourism, Culture and Environment Minister, Datuk Masidi Manjun.

Masidi, who was also the chief advisor of the show, said the performers were from various districts in Sabah and that they were only brought to perform together a week before the opening night.

“We’re bringing not just the history of Sabah but also showcasing the various dances of the local indigenous people of Sabah,” he said.