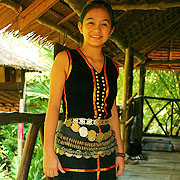 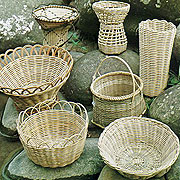 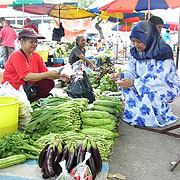 Located about 131 km from the capital city of Kota Kinabalu in the "Land Below The Wind" is the district of Keningau, home to the once colourful Keningau Festival.

Famous for its handwoven goods, the name Keningau derives from the word "Koningau," which means cinnamon as it was once the main producer of the crop in Sabah.

Nowadays there are two "tamu" or markets in Keningau, with the first tamu being held in Bingkor on Thursdays and the other tamu in Keningau town's centre on Sundays.

It is a great place to see traders displaying and selling their goods, from fresh produce to a variety of handicrafts.

The discerning travellers who are looking for a great find and bargains can look for their great range of handwoven baskets and trays, a product of the industrious Kadazandusun people.

This is the largest ethnic group in Sabah and is predominantly wet rice and hill rice cultivators, who celebrates the unique annual festival of "Pesta Kaamatan" or Harvest Festival at the end of the harvesting season in May.
Come December, many local and foreign tourists alike would join the people of Keningau as they revive the age-old tradition of the Keningau Fest.

An exciting line-up of activities including a cinnamon product exhibition, photography competition, handicraft exhibition and a night of cultural performances as well as the crowning of the local beauty queen will take place at the Keningau Community Hall and Keningau Cinnamon Hill.
Courtesy of: Borneo Bulletin

Email ThisBlogThis!Share to TwitterShare to FacebookShare to Pinterest
Labels: Keningau, Land Below The Wind, Sabah Tamu