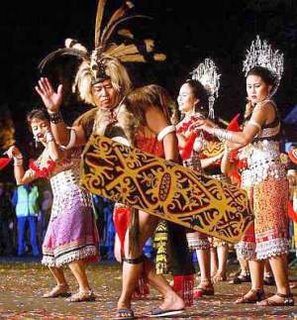 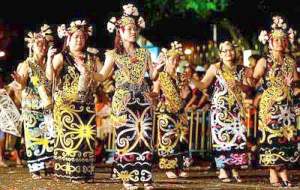 Starting at Jubilee Ground near the Kuching South City Council’s headquarters, the parade made its way along Jalan Tunku Abdul Rahman through the city’s golden triangle into Jalan Temple, Main Bazaar along the Sarawak River and Jalan Tun Abang Haji Openg to finish at Padang Merdeka.

Some 32 contingents comprising well over 1,000 participants took part in the parade, one of the highlights of the ongoing Kuching Festival.

The parade was led by the Victoria Arms Big Bikers zooming down the streets on their machines, followed by riders on motorcyles, Vespas and bicycles.

One of the more outlandish contingents was the combined Kuching South City Council and Kuching North City Hall group of 100 participants who wore costumes to promote environmen-tal awareness. Some wore capes made out of aluminium cans while others dressed up as dustbins with the slogan “Keep Kuching clean”.

There were other contingents in fancy costume as well as cultural troupes who showed off a whole range of ethnic costumes and dances found in Sarawak.