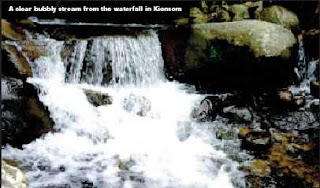 Sabah the Land below the Wind is a beautiful land and actively being promoted as an ecotourism destination. The state has six national parks, one being the Kinabalu National Park which was designated as a World Heritage Site in 2000.

Besides the parks, however, there are several other sites, not along the beaten track but just off the roads. Just a few paces away from the road, into the forest, you may chance upon a clear bubbly stream which comes from a thundering waterfall or you may be walking along the beach at dusk and witness a blazingly glorious sunset.

Even man made sights can be interesting and worth a second glance.

So if you are traveling in the State now, watch out for breathtaking sights.

ED: One excellent example is the Kionsom waterfalls in Inanam, less than half and hour drive from the City Centre of Kota Kinabalu. 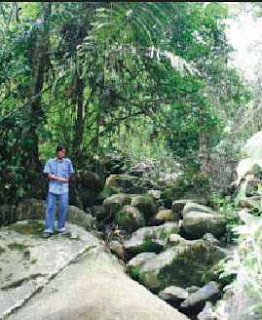 A young man walks along a stream just before Kionsom Waterfalls in Inanam
Posted by e-borneo.com at 4:56 PM