The 12 Months of Sabah

No doubt about it: Sabah is great all year around! Here are 12 fantastic reasons to pack your bags and head to the Land below the Wind any time of the year:

Start the year slow and steady by exploring Kota Kinabalu city. As the excitement of ushering the New Year dies down, this is a great time to see what Kota Kinabalu has to offer. For a quick walk down memory lane, sign up for the KK Heritage Walk and visit some of the city’s historical landmarks. When the sun goes down, stroll along the Waterfront, the city’s one-stop dining and entertainment spot. From North Indian cuisine to everyone’s favourite happy hour joint, you’ll find it all at the Waterfront.

It’s time to paint the town red – literally! February is a significant month for the Chinese community as they welcome the Chinese New Year. 2008 marks the Year of the Rat and festivities are marked with several street festivals (check out the Gaya Street Angpow Festival on 16 February 2008) and pulsating lion and dragon dance performances! February also marks the 8th City Day anniversary for Kota Kinabalu.

Take advantage of the sunny skies and calm waters in March by heading out to sea! Seasoned anglers claim that March is one of the best times to try your hand at deep sea fishing thanks to the good weather forecast. The waters surrounding the island of Mengalum are a favoured spot, while others head north to Kudat. Good weather also promises a great outing to the nearby islands of the Tunku Abdul Rahman Park.

April is a great time for visit the east coast district of Tawau. The Sea Bajau community of Semporna celebrate the Regatta Lepa (which takes place on 19 & 20 April 2008), which honours the traditional use of their wooden sailing boat, known as the ‘lepa’. The colourful sails of the lepa line along the coast, making it an unforgettable spectacle. And while you’re in Semporna, why not make your way to the nearby islands of Sipadan, Mabul, Mataking and Kapalai for an amazing scuba diving experience?

It’s a cultural extravaganza in the month of May! Throughout the month, the Kadazandusun community celebrate the harvest festival, which culminates on 30 and 31 May. The Grand Finale of the Tadau Kaamatan (Harvest Festival) is held in Penampang district on these two days, which are also public holidays for the State. For a kaleidoscope of culture and traditions, don’t miss the Sabah Fest which takes place on 3 and 4 May. 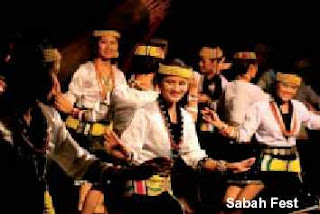 The dragons come alive each June as Sabah plays host to some of the top Dragon Boat teams from around the world. The annual Sabah Dragon Boat Race is an exciting event that will take place on 15 June 2008. Teams from as far away as Japan and Australia have participated in this event over the years. Come and cheer for your favourite team!

With so much to see and do in July, you’ll wish there were more than 31 days! The month kicks off with the Sago Fest in Kuala Penyu on 4–6 July A great opportunity to taste your first sago worm, yum! The Lok Kawi Wildlife Park celebrates its Open Day on 6 July, with free admission for all. Kids will love the elephant ride, and the lovable Orang Utan will charm you. Want to do your part for the environment? Visit the town of Semporna and the island of Mabul from 12–14 July and participate in their annual clean-up efforts to raise awareness on the importance of conserving the marine environment.

Are you tough enough? On 23–24 August, the world’s top mountain runners race each other to the top of Mount Kinabalu and back during the TM 22nd Mt. Kinabalu International Climbathon, some clocking less than 3 hours. Take the opportunity to explore Malaysia’s first World Heritage Site, Kinabalu Park. August also marks Malaysia’s 51st anniversary. Don’t miss the Merdeka Day Parade on 31 August! 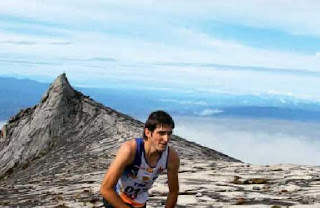 Our Muslim friends observe fasting during the month of Ramadhan as they prepare for Hari Raya Aidilfitri. This is a great chance to sample delicious local foods during ‘buka puasa’ (breaking of fast) come sun down. Visit any of the ‘ramadhan bazaars’ nearest to you and enjoy a variety of kuih muih (cakes), nasi campur (mixed rice) and desserts galore.

Selamat Hari Raya! October also brings you a variety of events, including the not-to-be-missed Kota Belud Tamu Besar (25–26 October), the Gong Festival of Matunggong, Kudat (24 October) and the 4X4 Borneo Safari (26 October – 2 November) which takes adventure enthusiasts into the heart of Sabah to tackle challenging terrain. 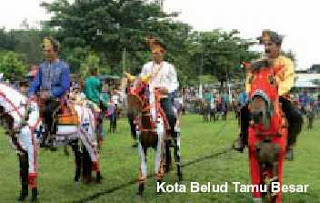 In November, we invite you to venture to the east of Sabah, namely Sandakan. A wildlife paradise, this is the best place to see Sabah’s ‘wild’ residents in their natural habitat. The riverbanks of Kinabatangan are teeming with wildlife, from leaping Proboscis Monkeys to the elusive Borneo Pygmy Elephant. Also a boat ride away from Sandakan are the Selingan Turtle Islands, a sanctuary for sea turtles who lay eggs here on a daily basis. This conservation effort aims to protect the seat turtles while educating visitors on sea turtle protection.

‘Tis the season to be jolly and adventurous! The Kiulu 4M Challenge takes place on 7 December. This is a unique traditional extreme sports event, which incorporates four Kadazandusun activities — running, rafting, paddle-swimming with a bamboo pole and bamboo stilt walking. Sounds interesting? Come and check it out for yourself in the picturesque district of Kiulu. 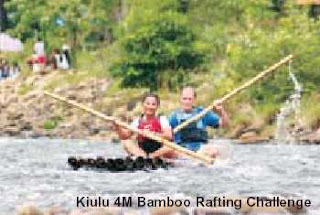 Of course, who could forget the Christmas season? Join the festivities during the ‘open house’, a time for friends and family to visit each other in the spirit of goodwill. Wishing you a tropical Christmas in Sabah Malaysian Borneo!