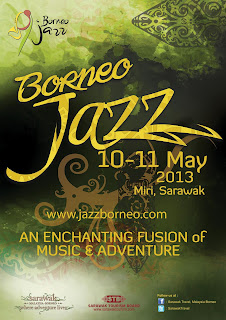 KUCHING: Hazmat Modine is a New York based band that has been touring internationally for the past six years in over 30 countries.

Malaysia is not new to them as they had performed at Genting Highlands Festival a few years ago.

The band is a hard edged blues and jazz fusion driven by a pair of duelling harmonicas, backed by tuba, drums and a horn section.

The CD titled CICADA reached number one on the World Music Charts summer 2011 in Europe and was voted number two for all of 2011 out of over 800 nominees and 150 finalists.

They are just one of the eight award winning bands to perform at the Borneo Jazz next weekend.