Niah Caves - The smell, the experience, the journey 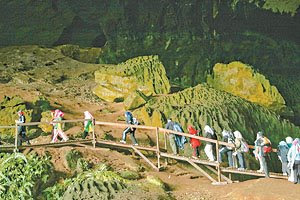 Walking on the pathway to view some of the caves 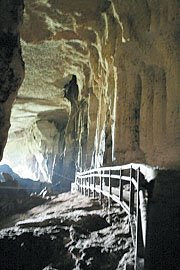 Pathway inside the cave 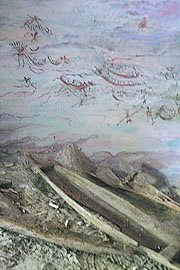 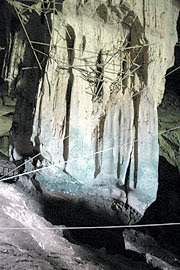 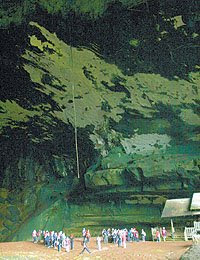 From the cave's floor to the ceiling is 75 metres 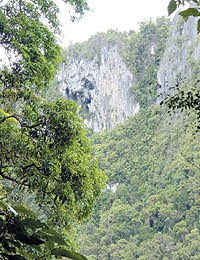 Never in my wildest dreams that I would be able to visit a cave full of prehistoric value, where cave paintings are still on the walls after a thousand years.

This centre of commerce in a settlement that existed 40,000 years ago is right under our nose, and explorers and lovers of history will be thrilled to know that the caves are easily accessible.

Cavemen and wall paintings with prehistoric tools were thought to be found only in the west.

However, just approximately 200km from Brunei Darussalam the earliest modern civilisation of man can be found.

Hidden in the forests of Miri are the Niah Caves and the surrounding park, spread over 3,140 hectares of peat swamp, dipterocarp forests and massive limestone outcrops within which the caves are concealed.

When travelling to Kuching, the white limestone outcrop can be seen from afar. The limestone creates a dramatic change in the green forest landscape.

Here lies Niah caves: one Great Cave and some smaller ones. The cave is the earliest evidence of human settlement in Borneo.

In addition to this Palaeolithic occupation in the late Pleistocene period, excavators found evidence of settlement in the early Holocene period by Mesolithic foragers, and then for burials by pottery-using people 4,000 years ago.

The Great Cave of Niah is enormous. The floor area has been calculated at almost 10 hectares and in places the cave's roof rises 75 metres above the rubble-strewn floor.

A wall painting depicts the boat journey of the dead into the afterlife. Most importantly the painted wall was explained by the discovery of a number of death-ships on the cave floor - a boat-shaped coffins containing the remains of the deceased.

The death-ship burials have been dated as ranging between one AD to 780 AD.

The cave smells of ammonia due to the immense bat guano and swiftlet droppings. Guides would not recommend the use of mask because of the humidity and the ventilation in the area. For those who still insist on wearing masks, do so, however be prepared to be carried by some very loyal friends through the cave catacombs, because those who wear masks have a high possibility of fainting.

So grit your teeth and breathe through your mouth. It's more pleasant and the smell of the ammonia will not overwhelm you.

The inner caves are pitch black. Earlier on when visiting the museum at the beginning of the trail, the sales person will offer flash lights to visitors. Don't pass up the offer to buy one, because that's the only opportunity you get to buy a torch light. Visitors are known to stray, because of the confines and the darkness of the caves.

"Its actually a strain on the mentality, the caves are dark and the smell of ammonia can make one very dizzy. Dizzy spells are not uncommon and those who know they have medical problems or who cannot make it up the steep stairs and those who are claustrophobic must stay back, or else they would become a burden to the rest of the group," said the tour guide.

Walking up to the caves took us nearly an hour from the administrative hut. Even though the walk is officially only three kms, however there are plenty of steep stairs to climb.

Courtesy of Borneo Bulletin Sunday
Posted by e-borneo.com at 7:09 PM