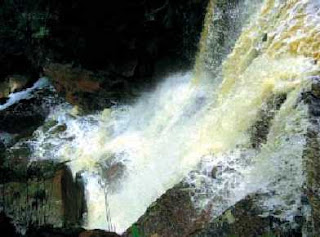 We have all heard about Maliau Basin and how it represents a geological catchment’s surrounding the Maliau River.

It is also called Maliau Basin Conservation Area and is located around the centre of Sabah in the Sandakan Division.

It was designated as a conservation area, by the Sabah Foundation in 1981 and several years later, Sabah State Assembly gazetted the basin as a Protection Forest Reserve.

The region features the ‘much talked about’ Mount Lotung, Maliau Falls, and Lake Linumunsut.

Maliau Basin is saucer-shaped, surrounded by cliffs and steep slopes, therefore making it almost inaccessible from most
directions.

The highest point, Gunung Lotung is on the north rim, resembling a cauldron.

Lake Linumunsut is in the northern part of Maliau and was the first site for an expedition held several years ago.

One of the most photographed sites at the basin could well be the Maliau Falls, a very impressive seven-tiered deluge of crashing water.

The diversity of flora and fauna in the basin has been famous since the first expedition was held in 1988.

It was organised by the Sabah Foundation (YS) and WWF Malaysia.

Guests however have to seek permission from the Yayasan Sabah to enter the basin area.