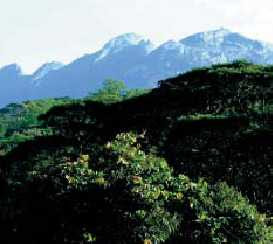 Trekking up mountains is not everybody’s cup of tea. And those who take it up as a hobby will not be ‘sailing away’ in ecstasy either. It is a tough and challenging hobby to take up.

Some people believe that mountaineering can be a profession; well, it is hardly a coveted job; unless you are a scientist, then you will be more concerned about findings than ‘bonding’ with nature.

Be that as it may mountaineering exist for the mere fact that it is a sport or/and a hobby people who simply love walking, hiking, trekking and climbing up mountains. These people are either there because they covet some recognition in sports or just to enjoy nature and learn from it where and when they can.

I believe there are three types of skills one have to acquire to climb mountains…there is the rock-craft, snow-craft and skiing. Actually it depends on the route chosen.

In Sabah, though you just walk up the mountain; granted you huff and puff for a hundred metres or so up steep rocky terrain, but you don’t really require extensive climbing skills.

One of the mountains that have been scaled up in Sabah is Mount Tambuyukon. It is Malaysia’s third highest mountain at 2,579 metre.

This mountain can be seen very clearly when you go towards Ranau, because it is sited very close to the sacred mountain, Mount Kinabalu.

Mount Tombuyukon is well known its diversity of flora and fauna.

For another interesting trek, the Mount Trus Madi at 2642 metres high is the next challenge. This mountain stands on the Trus madi Range, and is the second highest mountain in Malaysia.

They are a tremendous diversity of flora and fauna there including some that are unique, notably the nepenthes.

The Crocker Range should not be overlooked at all. This mountain range separates the east coast and west coast of Sabah and stands at an average height of 1800m. 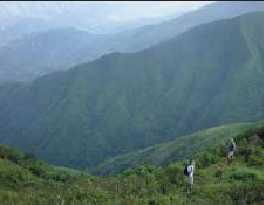 This mountain as most people know is surrounded by a tremendous variety of flora and one of the world’s most significant biological sites.

Climbing this mountain is easy and can be achieved by a person in good physical condition. Other rocky peaks there however need rock climbing skills.

Since Sabah is quite mountainous, Sabah is generally mountainous especially in the western side while the central and eastern art generally has lower mountain ranges and plains as well as gentler sloping hills.

However, these lower mountain ranges are no less formidable than their loftier cousins. In fact there too are found unique diversity in flora and fauna. And the trek is no less tough.

Places to be considered for trekking and mountaineering are the Maliau Basin, Danum Valley and Tabin Wildlife Conservation Reserve.

If you wish to enjoy nature with your tourists during the weekend school holidays, mountaineering is one activity that you should look at.