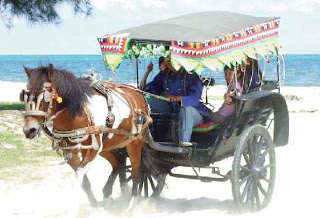 A friend of mine had just come back from a vacation in one of the most visited island resort in West Malaysia. She however seems to be more tired than rested.

And I am not surprised; she has a teenager, a 13 year old girl whose greatest gift seems to be the ability to stump her mother or turn her into a raging gorgon.

The young lady can undo her mother by just staring and leering while growling ‘This place stinks.’ Or ‘does it get much worse than this?”

A holiday in the ‘posh-est’ of place can be a nightmare if your ward keeps on giving you that ‘special treatment.’

In places like the Shangri-la’s Rasa Ria Resort in Dalit Bay Tuaran, you have chance as there are several activities that teenagers can join in without getting bored.

They may be unhappy not to be unhappy (teenagers!) for a while but once they get into it, they will definitely enjoy themselves.

The Jungle Walk is of course another experience that most ‘city kids’ will enjoy. They will be informed about the flora and fauna around them as they walk in the woods.

Besides that Bird Watching is recommended for children who are interested in the avian population. As they will be guided by a well-informed guide, the children will come away with knowledge of the sights they saw.

Other than that, they can choose to watch Fireflies. Watching the small insects twinkle is always fascinating especially if you have never seen fireflies before. If there are more of them sitting on one bush, they can actually look Christmas lights. I am sure the children; even a teenager, will be fascinated by this sight.

Rasa Ria has a beautiful beach in front of it with the blue sea waves lapping incessantly on the sea shore. The water can be quite tempting, so I believe teenagers will also love the Ocean Kayak.

Teenagers who wish to get away from the hotel environment for a while, can join in the Bicycle Village Tour where they can cycle to their hearts content. Even though they are accompanied, they won’t be leashed in to strictly.

They have a choice for bicycle tour such as the Sunday Bicycle Market Tour and visit to the Sea Gypsy House.

They can go Parasailing, jet skiing, fishing on the Reef Catamaran, go on an island cruise as well as horse riding.

On Tuesday, the day starts with Back of the House tour, followed by Badminton Lessons and Horse shoe games. Lunch break comes soon after and then it is Tampanau walk demonstration and Signature Hunt. Later there will be Kite making and Kite Flying followed by Lighting Ceremony.

On Thursday, the day starts with a Splashing Time followed by Arts and crafts and Baking Lessons. Lunch Break come soon after followed by Treasure Hunt and a lesson on how to use chopstick. They then have tea time with Mom and Dad and then try their hand in Golf Putting. As usual the Lighting Ceremony ends the day.

Friday’s activities are akin to Monday while Saturday activities are similar to Tuesday. On Sunday, there is a Mini Beach Telematch and Pony lead Ride. There will also be Shell Collecting before Lunch. After lunch there will be a ‘Let’s Learn The Sumazau dance’ and a Blowpipe Competition. A Fun Frisbees will commence after that. As usual the day ends with a Lighting Ceremony.

There are many other activities that are tailored especially for children and young teens, you just need to ask the receptionists there to find out.

If none of the activities suit your teenager get them to help the rangers there in their daily work such as husbandry work and preparing food for the animals. This is recommended for those aged eight to 16 years old.

As long as they have fun.