Tip of Borneo - Lure of land’s end in Sabah 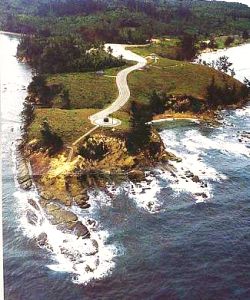 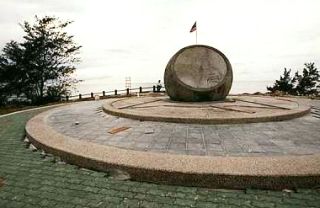 Standing on the majestic cliffs of Tanjung Simpang Mengayau (i.e., the Tip of Borneo Island) gives visitors a feeling of being at the edge of the world. As the sun sets over the horizon at this northwestern tip of Borneo, the world’s third-largest island, visitors are enchanted by the glittering turquoise sea and the sky’s tinges of red and gold.

Breathtaking and awe inspiring” are apt words to describe the feeling when one stands on the majestic cliffs at Tanjung Simpang Mengayau, dubbed the “land’s end of Borneo”.

As the sun sets over the horizon at this north-western tip of the world’s third largest island, visitors are enchanted by the glittering turquoise sea and the sky’s tinges of red and gold.

“When one stands on the cliff and looks out to the open sea, it is like standing on the edge of a world, looking at mother nature’s greatness and the scene is simply awesome,” an adventure seeker once wrote in a travel magazine.

Visitors to Tanjung Simpang Mengayau, located some 170km from Kota Kinabalu, will agree with the writer’s comments.

Boredom and exhaustion from the three-hour car ride from Kota Kinabalu easily dissipate after hearing the cacophony of waves splashing against the rocks at the bottom of the cliffs and enjoying the view of miles and miles of the blue-green sea.

Tanjung Simpang Mengayau, a 30-minute drive from Kudat, is among the must-see spots that exude breathtaking panoramic vistas for tourists.

The meeting point of Laut Sulu and South China Sea, it is called Tanjung Sampang Magazo in the Rungus dialect, meaning “a junction where a battle took place”.

Rungus folklore tells of a story where warriors made a stand against invading pirates, hence the name of this headland.

According to historians, Spanish seafarer Ferdinand Magellan, on his way to circumnavigate the globe, had stopped there for 42 days for repairs to his ships. Tanjung Simpang Mengayau is indeed among Sabah’s many world-renowned natural wonders.

With its crystal-clear seas, magnificent beaches, islands, coral reefs as well as its lush forests, wetlands and majestic mountains, Sabah showcases an outstanding array of biodiversity.

In Kudat, Kampung Bavanggazo is known for its Rungus longhouses. Kampung Sumangkap, on the other hand, is a gong-making village while honeybees are synonymous with Kampung Gombizau.

Kudat is also the home of the Rungus, where many still live in longhouses and observe age-old customs and traditions

Kudat is also a seafood paradise as there are plenty of fishing villages there.

“You can buy fresh crabs, prawns, fish and shellfish here and had have it cooked at beachfront stalls or restaurants,” said one government official.

Kudat was Sabah’s first state capital and fast turning into a tourism spot.

The town attracts many travellers from China, Taiwan and Australia with some coming back to acquire property along the beachfront under the “Malaysia, My Second Home” programme.

Sabah’s other leading tourism destinations are its underwater realm in Pulau Tiga, Tunku Abdul Rahman Marine Park as well as the islands of Mantani, Lankayan, Mabul and Sipadan which draw many snorkelling and scuba diving enthusiasts.

Email ThisBlogThis!Share to TwitterShare to FacebookShare to Pinterest
Labels: Kudat, Tip of Borneo